October 22, 2019 - ﻿It's that time again! The chance to be the next sensational nerd!! GeekFest, which is presented at Long Beach Comic Con each year is returning in 2020 and accepting entries. Make sure to get the cameras rolling and who knows, you can be that next meta Star Wars, Marvel or nerd hype next year! 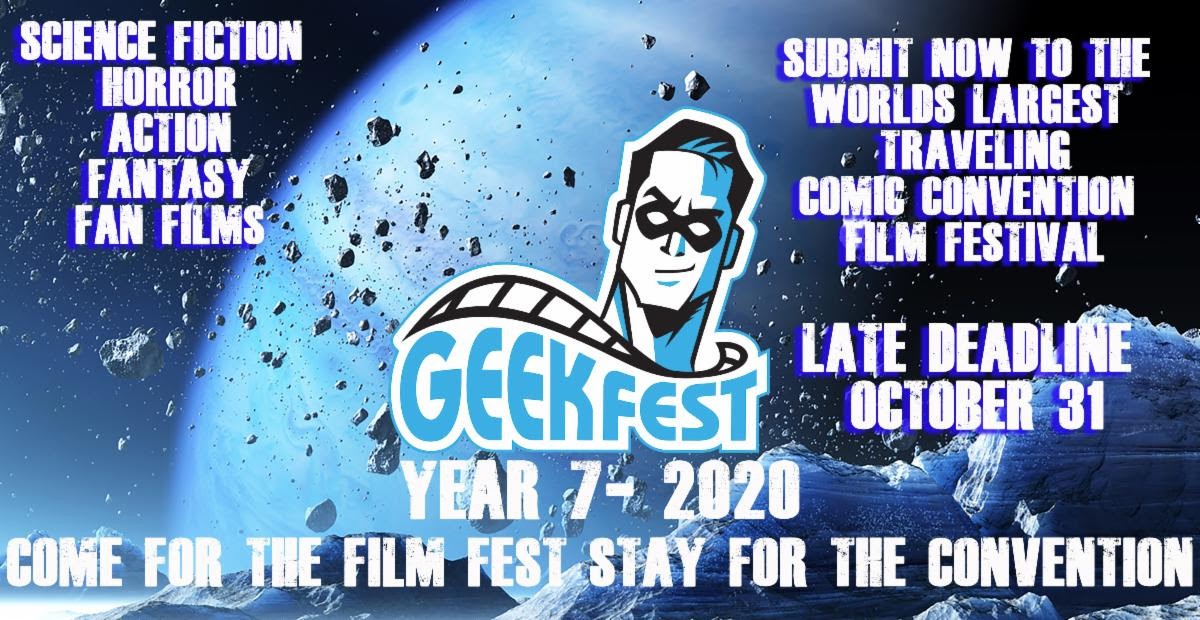 Submit to the World's 1st and largest traveling comic convention Film Festival
GeekFest Film Fests year 7 returns to Long Beach Comic Expo and Long Beach Comic Con in 2020 and is currently calling for entries from filmmakers from across the globe to be screened at pop culture conventions across the country!
Enter your features, documentaries, shorts, web series, music videos and original trailers for consideration in these categories:
Your film could travel around the United States throughout 2020!
Awards, prizes, distribution opportunities, and amazing perks await for official selections and complimentary passes to conventions your film screens